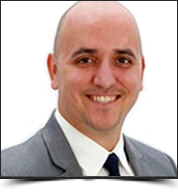 Jim Lupkin was a seemingly ordinary kid growing up in Pottsville, Pennsylvania, but he'll admit he was more than a little different. In grade school, he was bitten by the entrepreneurial bug and realized he had a passion for connecting with others. While his friends muddied their knees playing football at recess, Jim started a business selling lollipops to his classmates: four flavors so he turned inventory quickly, one quarter per sucker (the candy, not the buyers), and a doubled profit margin—all before he could calculate the interest rate associated with his best friends borrowing quarters. Jim soon developed a loyal network of customers, suppliers, and—most importantly—connections.

As Jim's hard candy business expanded and he matured beyond the sugar-peddling industry, his passion for business and social outreach grew exponentially. Once he discovered the perfect union of business and computers, he excelled far beyond the ability to calculate customers' compound interest. Through social media platforms, then in their infancy, computers encouraged unprecedented and electrifying social connections with individuals all over the world. Jim's love of outreach became a critical component to his future success.

Today, Jim is an international speaker and bestselling author of Network Marketing for Facebook, which reached #1 on Amazon. He is the co-founder of Social Point of View, a company with a revolutionary learning platform designed to empower entrepreneurs and businesses beyond social media to social networking. Jim has helped more than 100,000 entrepreneurs achieve over $350 million in sales as a direct result of his training. His passion in life is to help people succeed in business through social media marketing. His catchphrase? "Never run out of people to talk to about business." Jim is a firm believer that if you build relationships, success will come.

For Jim, Pennsylvania Free Enterprise Week (PFEW) played a profound role in his trajectory as an entrepreneur. From the moment he set food on Lycoming's campus in the summer of 1995, he connected with others his age who also gravitated toward the creative side of business. Beyond developing organizational skills and learning structured pathways to entrepreneurial success, Jim experienced "social proof" for the first time—that crazy, heady tide of certainty that gave him confidence that he was precisely where he needed to be, claiming his dreams.

"When like-minded people get together, amazing things happen," says Jim. He recalls a week of extreme positivity, high-fives, bonding over mutual aspirations, and "an unprecedented energy that made everyone strive to do their best and lift others in support of their best." Galvanized by his participation in PFEW, Jim went on to attend Johnson & Wales College in Rhode Island where he majored in Entrepreneurship and Finance.

In 2017, Jim launched Six Sigma Social, a movement that takes entrepreneurship beyond the traditional structure of business to the frontiers of personal and social advocacy. Jim plans to elevate the world, one positive social media connection at a time. Jim's advice for future PFEW students: "Master social media. Never in history has there been a better time to use it. Social media knocks down every barrier to business and success. Find a mentor or coach, give up control, and don't be afraid to ask for help. Nurturing connections into meaningful relationships means you'll never run out of people to talk to about business."

Thank you for sharing your story, Jim! We're happy for your success and wish you many more years of helping people achieve their dreams.

Return to all Alumni Spotlight